Set in the London Borough of Camden and nestled between Primrose Hill, Hampstead Heath, Regent's Park and Kings Cross, Camden Town is a unique neighbourhood in the heart of London. Eccentric, creative and cutting edge, Camden Town is a magnet for young professionals, artists and media pioneers looking for a property to call home.

Why not browse our collection of properties in Camden Town?
Property for Sale Property to Rent

It's hard to imagine Camden town as a centre for farming and industry but the NW1 neighbourhood was originally a hamlet comprising of fields belonging to the 1st Earl of Camden and the neighbouring Lord Southampton. The development of a residential district started in 1791, when a street plan designed to mimic that of leafy Chislehurst in Kent was implemented specifically to attract the middle classes. However, it wasn't until the opening of the Regent's Canal in 1820 and the London & Birmingham Railway in 1837 that Camden Town really cemented its status as an area of note.

The industrial revolution saw a diverse population settle in NW1 but as heavy industry declined so did Camden Town's reputation. After a spell in the 'unfashionable' wilderness, Camden Town underwent a renaissance spearheaded by the opening of the famous markets in 1973. From here on in Camden Town blossomed as a centre for counter-culture and music, with a quirky, leftfield vibe.

Camden Town has also become a centre for media and the arts, with MTV already settled in the former TV-AM studios and Associated Press Television News occupying The Interchange - a former gin warehouse. The Camden Creative Quarter has since been set up to recognise, promote and exploit the areas of Camden Town and neighbouring Kings Cross and Euston as a global centre for creative industries.

More recently The Camden Collective was formed to encourage a thriving pop-up business scene in NW1, giving young designers and entrepreneurs the chance to shine, while helping Camden Town maintain its reputation for individuality and innovation.

Camden Town's social side is what draws many people to the area, with a melting pot of bars, restaurants and performance venues concentrated in NW1. If you'd like to know more about what Camden Town has to offer, don't hesitate to call the office, as our staff are regularly in the area sampling the delights or catching a live gig. Worthy of a mention are the Jazz Café, the Roundhouse, Ian Pengelley's 200-cover Gilgamesh restaurant and bar, gourmet burger outlet Haché and the historic World's End pub.

Camden has its own tube station (Northern line) and mainline station (Camden Road for Stratford, Clapham Junction and Richmond), although residents can walk to King's Cross/St Pancras and Euston stations. The two main roads in Camden Town are the A503 (Camden Road) and the A400 (Camden High Street/Camden Street).

The six vibrant markets characterise Camden Town, with a diverse offering that spans jewellery, clothing and antiques to street food, books and crafts. Browsing the stalls is one of London's little pleasures, with an intoxicating mix of food and music as the perfect backdrop.

Camden Town is on the fringe of Regent's Park and within minutes, residents have access to the 410 acres of parkland. Surprisingly, there are almost 70 parks, garden squares and managed grounds within the Camden Borough itself. If you really want to slow the pace down, nothing beats a leisurely sail along the Regent's Canal on one of the waterbuses. Hop on at Camden Lock Market and drift through Little Venice, Regent's Park and the Maida Hill tunnel.

Property for sale in Camden Town

The houses and flats for sale in Camden Town represent a wide variety of architectural movements and eras. Period properties are aplenty - from Georgian examples along Albert Street and Arlington Road to Victorian favourites on Camden Road, Gloucester Crescent and Camden Square. Regency and Edwardian homes built for the middle classes back in the 1790s remain popular, with many enjoying Grade I or Grade II listed status.

Camden Town estate agents are frequently asked about properties in Harrington Square - one of London’s original gated communities built on land belonging to the Duke of Bedford. The industrial period has left a legacy of handsome warehouses, especially around Camden Lock. Warehouse conversions and loft-style apartments flooded the market in the 1980s and 1990s and they remain hot property today. For all its efforts to preserve its period properties, Camden Town is happy to embrace the future, with planners granting permission for sleek new-build developments as well as one-off architecturally-designed properties.

The blend of property styles only adds to Camden Town's charm, enhancing its credentials as a welcoming neighbourhood that embraces change.

Property for sale in Camden Town 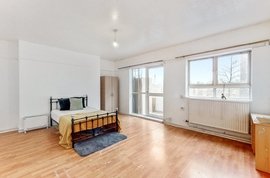 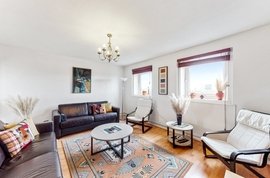 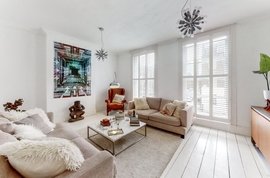 Property to rent in Camden Town 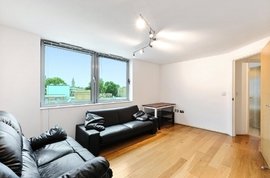 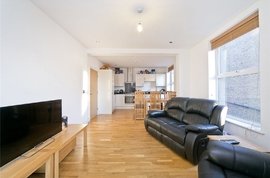 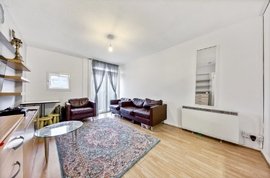