King's Cross, St Pancras and Euston are the holy grail of London transport hubs but this triangle of well connected areas has blossomed into far more than just departure and arrival points. Each area is on a journey to refresh and reform, with new shops, bars and homes springing up as part of the mammoth renaissance.

Why not browse our collection of properties in Kings Cross?
Property for Sale Property to Rent

St Pancras really stepped up to the plate when it became a Eurostar terminal in 2007 while Kings Cross is now so far removed from its previous incarnation that it is almost unrecognisable.

The 67 acres are emerging from a multi-billion pound redevelopment which is creating 50 new buildings, 20 new streets, 2,000 new homes and a new campus for the Central St Martins Art College. Euston, meanwhile, is subject to a joint plan by Camden Council, Transport for London and the Great London Authority that maps out its regeneration right up until 2031.

While King's Cross recent history can be described as 'colourful', it actually dates back to Roman times and is believed to be the location for the battle between Roman invaders and Queen Boudicca - with legend leading us to believe the bold leader is buried under platform nine of the train station. King's Cross was predominantly rural until as late as the 18th century but the industrial revolution in the 19th century - with the arrival of the railway and the development of the Regent's Canal - brought with it jobs, people and generally poor quality housing.

St Pancras is more noted for its train station and hotel than anything else, with its Victorian Gothic architecture marking it out as one of the most stunning buildings in the world.

Before its opening in 1868, the area was best known for its slums, large graveyard and gas works. Euston was and still is an important London thoroughfare but when Euston Road opened in 1756, it actually took cars through fields as the area was yet to be urbanised. The original Euston station was opened in 1837 but it was rebuilt between 1963 and 1968.

St Pancras Station is the place to dine and drink - even if you're not catching a train. It's home to Searcys - which boasts the longest champagne bar is Europe, a Fortnum & Mason tea salon and lauded restaurant Gilbert Scott, as well as branches of Carluccio's, des Vins, Sourced and Yo! Sushi (this list is by no means exhaustive). The Hansom Lounge in the St Pancras Renaissance Hotel is great for a real treat or afternoon tea.

King's Cross has become an epicentre for emerging talent and new food trends, with distinct quarters emerging across the regeneration zone. Find the Grain Store and Caravan at Granary Square, Plum + Spilt Milk in the refurbished Great Northern Hotel on Pancras Road and The Greek Larder in the ArtHouse Building, among many others. Euston Road is the place to head for global cuisine, chain restaurants and traditional pubs.

Travel knows no bounds from these centres of transportation, especially if you remember to pack your passport. St Pancras has bagged the title of 'International' as the home of Eurostar's start point - pack an overnight bag and head to Paris, Brussels and beyond. Domestic routes include Derby, Brighton and Bedford, with train operators Southeastern, East Midland Trains and Thameslink all operating from the station. St Pancras also has more underground connections than any other London station - buoyed by its link to King's Cross Tube station.

King's Cross is the gateway to Yorkshire, the North East and Scotland, with operators including Virgin Trains, First Hull Trains and Grand Central. North London, Hertfordshire and Cambridgeshire are served by Great Northern, and there's a Tube station too.

Euston is the southern terminus for the West Coast Mainline, giving access to the West Midlands, the North West, North Wales and Scotland, with popular destinations including Birmingham, Manchester and Glasgow. London Midland also has its terminus at Euston, with trains to Hertfordshire, Buckinghamshire, Bedfordshire, Northamptonshire, Warwickshire, Staffordshire and Cheshire. Euston's Tube station is on the Victoria and Northern line, as well as offering the London Overground service (Watford DC line).

This trio of neighbourhoods - especially King's Cross - are now a vital part of the North West London arts and social scene, with new and existing opportunities for locals to relax and be entertained. There are no fewer than eight galleries in the immediate vicinity, with outdoor installations and performances backing up traditional exhibitions.

King's Cross Pond Club takes outdoor bathing to the next level. Described as an art installation in which to explore the relationship between the built and natural environment, it's the perfect place for a refreshing inner city dip. For those craving a hidden nook, head for Viewpoint - a Finnish designed floating platform set in the wonderful Camley Street Natural Park.

The King's Cross, Euston & St Pancras triangle is home to some of London's most treasured museums and attractions, including The British Library and the Wellcome Collection. More unexplored places include the Canal Museum, the Centre for the Magic Arts, The Foundling Museum and Pancras Square Library.

Four theatres, a clutch of live music venues including Scala, a vibrant club/bar scene, Pancras Sports Centre, table tennis tables at The Crossing in Granary Square, football training for kids with Arsenal FC at the Skip Garden and an outdoor sports pitch in the heart of King's Cross gives the area a wide appeal.

Property for sale in King's Cross

Until the mass redevelopment of the King's Cross, Euston, St Pancras area, residential housing was limited to ex-local authority estates, mansion blocks, warehouse conversions and loft apartments - a legacy of its industrial and less salubrious times. Almost 2,000 properties for sale in King's Cross will give the neighbourhood a new residential feel, with The Plimsoll Building, Gasholders London, Tapestry and the ArtHouse all new buildings for the area.

Property for sale in St Pancras is usually formed of converted period buildings and warehouse conversions, with the occasional sale of apartments in the St Pancras Chambers - part of the iconic St Pancras International Gothic building. St Pancras Place is a new courtyard development moments from King's Cross train station. Parts of Euston are surprisingly residential. The area behind Cartwright Gardens - Burton Street, Flaxman Terrace, Upper Woburn Place and the roads around Tavistock Gardens - is home to some sweeping Georgian terraces and pretty garden squares. The Triton Building near Euston Square Tube station is also popular with buyers - with 26 floors of luxury apartments with views towards Regent's Park.

Property for sale in Kings Cross 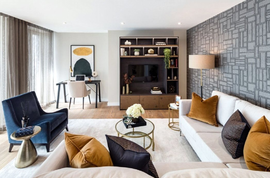 Property to rent in Kings Cross 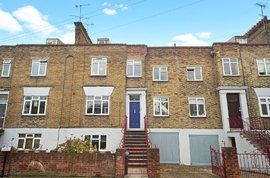